BET Investments owns, manages, develops, and leases mid-rise office buildings, office parks, retail complexes, apartment buildings, and flex office/industrial space throughout the United States. The company’s portfolio has grown to more than 5 million square feet of commercial space and 4,000 apartments. Integral to BET Investments’ success is the “hands-on” involvement of the principals Bruce E. Toll and Michael P. Markman and a core group of professionals with complementary skills in real estate acquisitions, development, property management, finance and law. BET Investments’ spectrum of real estate expertise includes land development, management, leasing/legal and joint ventures. With a reputation for excellence and a financial ability to make quick decisions in an ever-expanding geographic area, we welcome opportunities to bring expertise and value to the challenges of real estate development 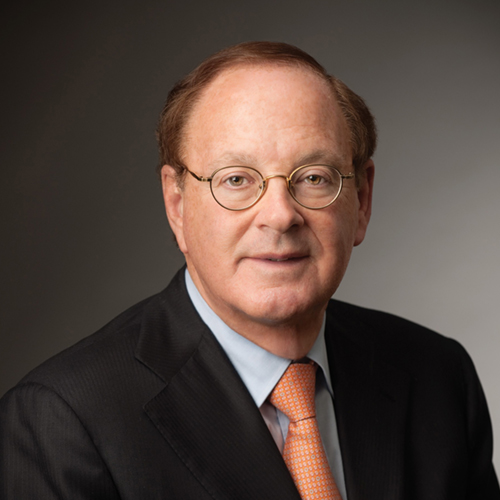 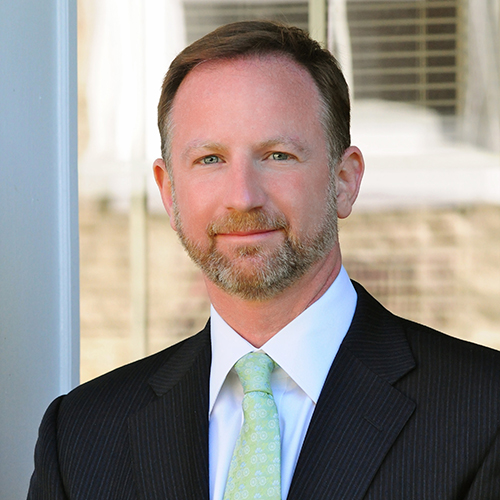 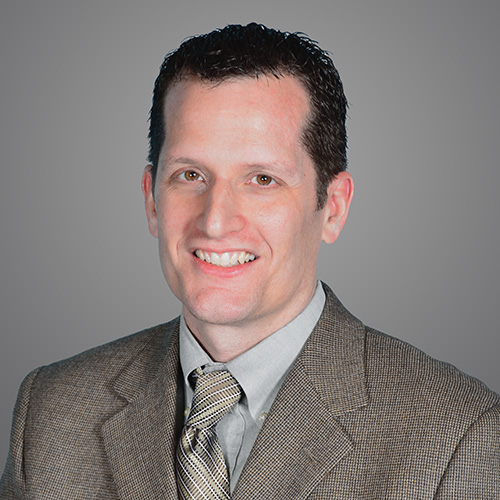 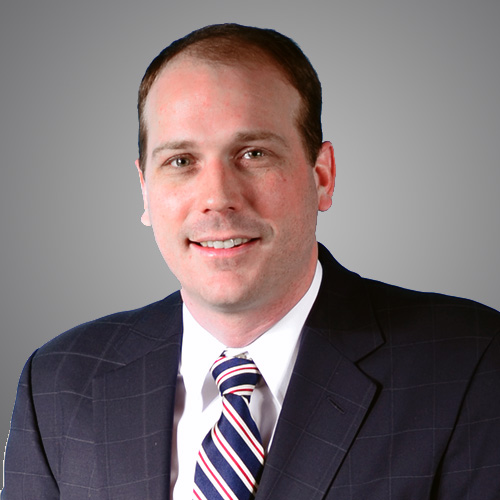 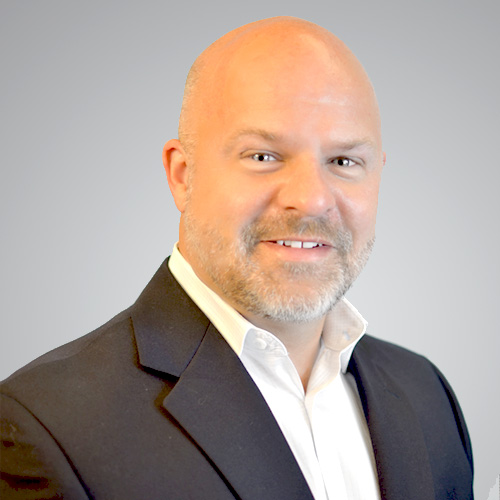 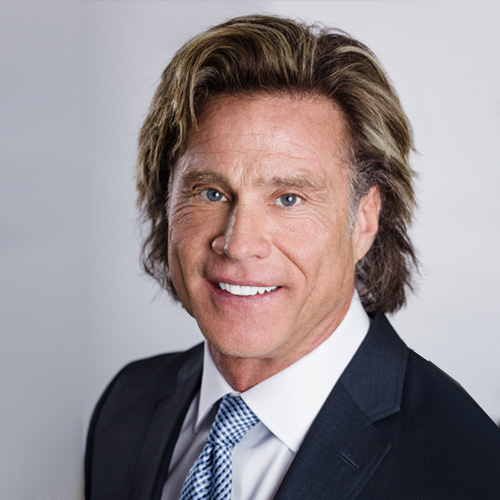 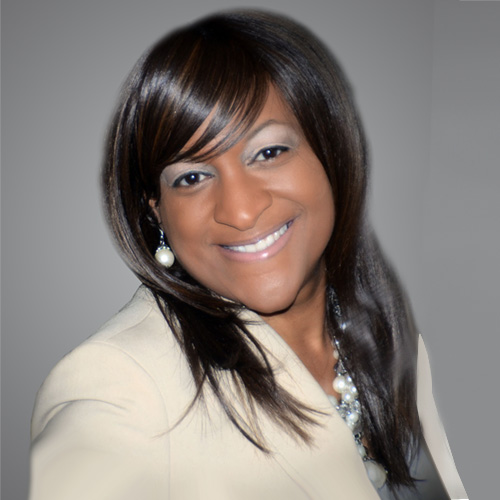 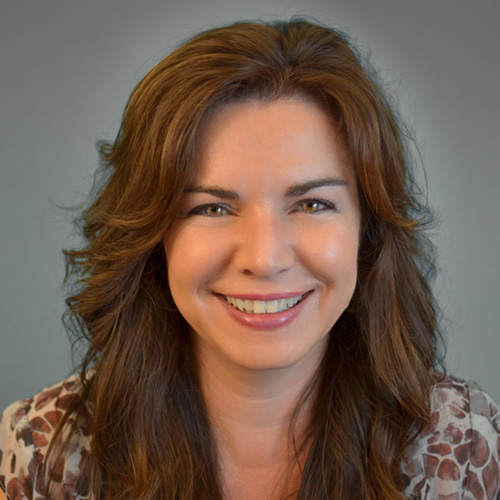 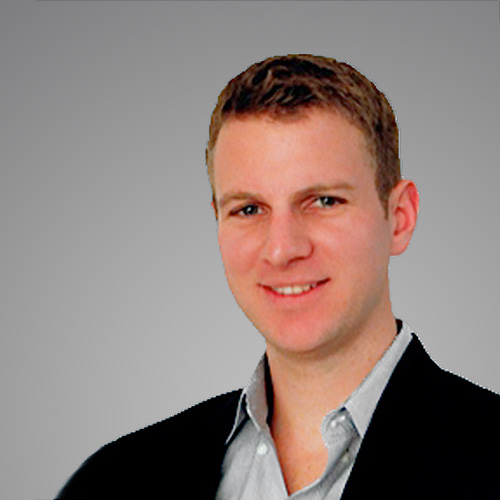 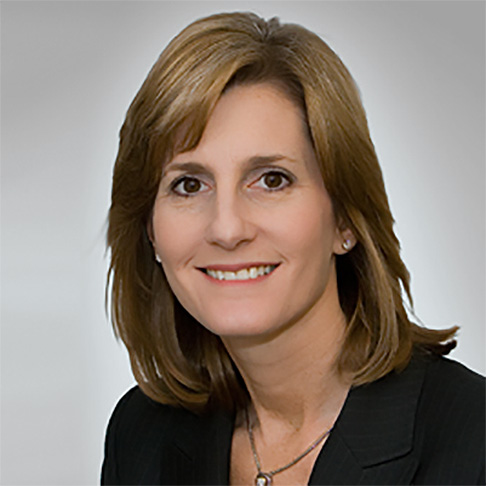 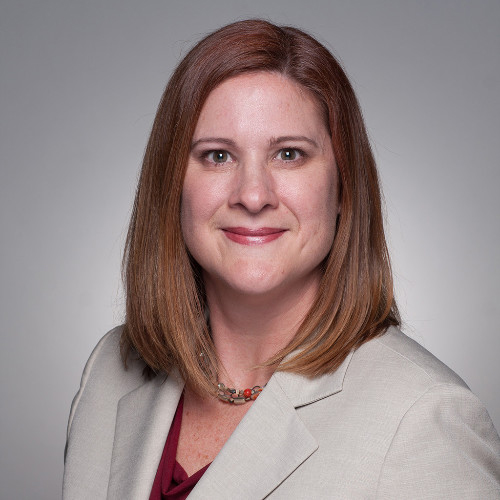 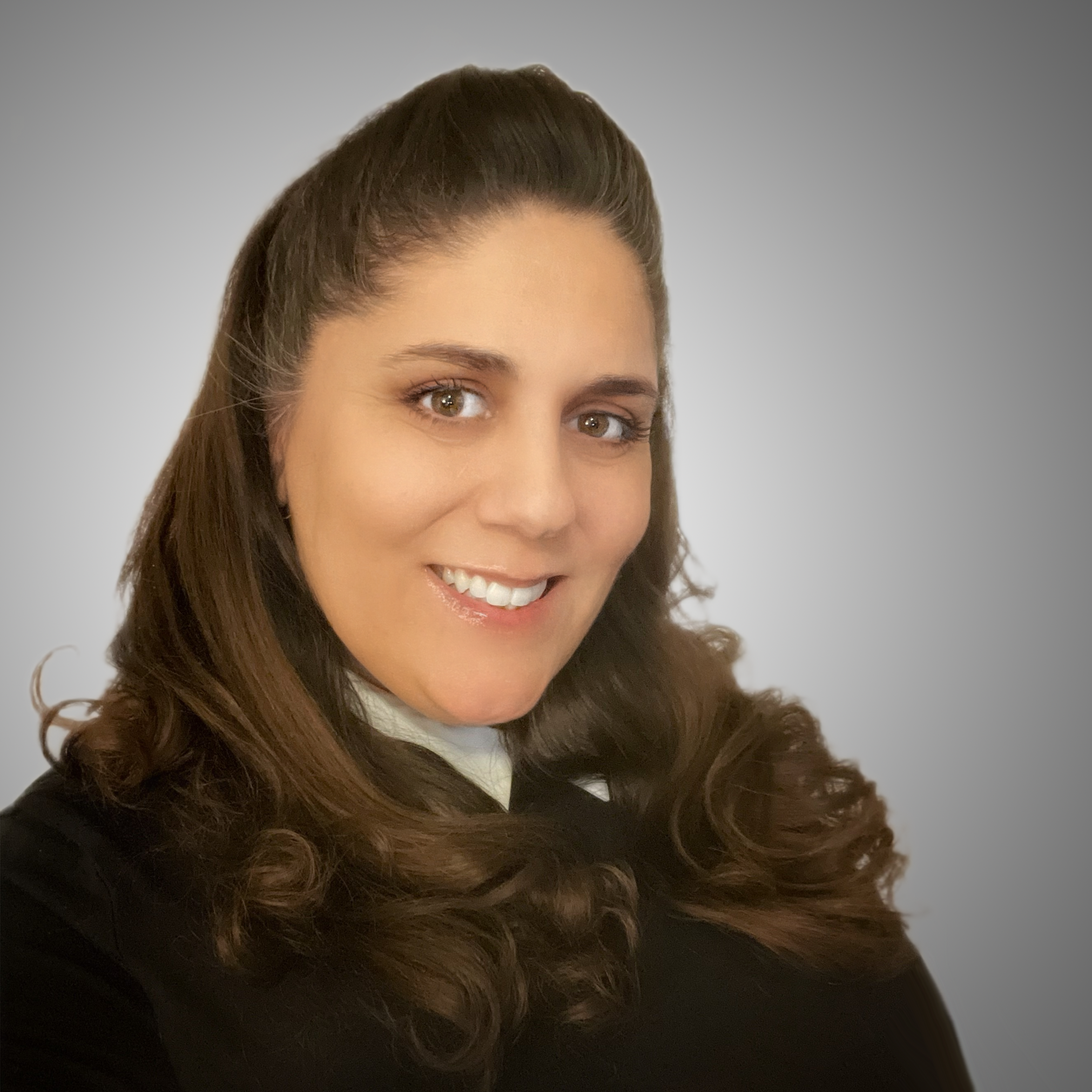 Director of Information Technology and Marketing

In 1967 Bruce Toll co-founded Toll Brothers, Inc. (NYSE: TOL), which went public on the New York Stock Exchange on July 7, 1986, and is today the nation’s leading builder of luxury homes.  Mr. Toll served as President of the Company from 1967 until 1998, at which time he became Vice Chairman.  Toll Brothers has been honored with numerous awards, including Builder of the Year from Professional Builder Magazine, America’s Best Builder from the National Association of HomeBuilders and Builder Magazine, and the National Housing Quality Award from the National Association of Homebuilders.  The Company serves move-up, empty-nester, active-adult, and second home buyers and operates in 19 states.  The Company has sold more than almost 100,000 homes since its beginning in 1967.

Mr. Toll co-founded, served on the Board of Directors, and was the largest shareholder of UbiquiTel, Inc., a publicly traded company which provided Sprint PCS digital communication services to mid-size markets in the western and mid-western United States, until it was acquired by Sprint in 2006.   He was also the largest investor and served on the Board of Directors of Fifth Street Capital, a business development corporation founded in 2000.  In 2006 Philadelphia Media Holdings LLC, of which he was Chairman, acquired the Philadelphia Inquirer.  He resigned this position in August of 2009.  Mr. Toll is the owner of BET Investments, Inc. which owns, develops, and manages over six million square feet of office, commercial, and industrial properties from Arizona to New York and over 3,000 apartments.  He is also the owner and operator of four automobile agencies, Reedman-Toll Auto World in Langhorne, Pennsylvania, the largest automobile dealer in the country which sells Chrysler/Dodge/Jeep, Chevrolet, Jaguar, Fiat, Subaru, and Lincoln products; Roberts Auto Mall in Downingtown, Pennsylvania which sells Chevrolet, Honda, and Subaru products; Roberts Chevrolet in Exton, Pennsylvania, and Caitlin Auto World in Jenkintown, Pennsylvania, which sells Chrysler/Dodge/Jeep/Ram products.  He is also the Owner and Chairman of Puresyn Corp., a biotech company located in Malvern, Pennsylvania.  In addition, Mr. Toll is the owner of BET Associates which is a mezzanine lender for various types of businesses and he is the President of Toll Management Company, which owns and manages commercial and apartment properties in the greater Philadelphia area.

Mr. Toll is also the lead investor in many private companies.  As a board member of these companies he helps guide strategic development to insure continued growth of shareholder value.  Some of Mr. Toll’s current private equity investments include:  Aquilent, a leading provider of web development and IT services to the federal government; Premier Kids Care, a provider of specialized pharmacy services pursuant to agreements with biotechnology drug manufacturers relating to the treatment of pediatric growth hormone deficiency; and Colonial Management Group, the second largest chain of outpatient substance abuse treatment centers in the U.S.  Colonial uses methadone to help drug-dependent individuals overcome their addiction to heroin, opium and opiate-based prescription medications.  Mr. Toll is also the Chairman of Lehigh Natural Resources, the largest anthracite coal mine in Pennsylvania.  In addition, Mr. Toll is a partner in Sidney Kimmel Entertainment which produces movies.

Mr. Toll served on the Chairman’s Advisory Board of the Ben Franklin Technology Center of Southeastern Pennsylvania; he is a Member and the Treasurer of the Board of Trustees of Abington Memorial Hospital; he is a Member of the Executive Board of the Philadelphia Museum of Art; and he also served on the Boards of Beth Sholom Synagogue, the University of Miami, and the Jewish Federation of Palm Beach County.

As President, Michael Markman oversees the day-to-day operations of BET Investments, a real estate management and development company that owns, manages, develops and leases mixed-use projects, shopping centers, office buildings and apartment complexes throughout the United States. During his career, Mr. Markman has acquired over 4,000 acres of ground and over 15 million square feet of property. With his real estate expertise, he has planned, developed and built over four million square feet of retail, apartment and mixed-use projects.

Michael Markman works on many pro bono projects such as serving on the Board of Ursinus College and overseeing new and large construction projects to help expand the college. As the chairman of the Philadelphia Jewish Federation Real Estate Executive Committee, Markman organizes events for real estate professionals in order to raise money for various Jewish causes. Mr. Markman is also a member of the Board of Directors of the John A. Robbins Company and a member of the Upper Dublin Municipal Authority.

Mr. Markman is a graduate of the University of California, Berkeley and the Temple University School of Law and is a member of the Pennsylvania Bar. In his free time Markman likes to exercise and spend time with his wife, three children, and dogs. As a Main Line native and current Abington resident he is always looking for projects to benefit the Philadelphia suburbs. Mr. Markman is a frequent speaker on industry topics and serves on the boards of various charitable groups.

Chris Schiele oversees all financial matters involving reporting, debt financing, development and acquisitions at BET Investments. Prior to joining BET Investments, Chris was a Vice President in the finance division of Capmark Financial Group, a real estate finance, investment and service company; the CFO/Controller of Korman Commercial properties, a Philadelphia based real estate management and development company; and was a manager at the international accounting firm of Arthur Andersen and Co. Chris is a Certified Public Accountant in the state of Pennsylvania and obtained his degree at DeSales University.

Greg joined BET Investments in 2006 and manages the Legal Department. He focuses on legal matters and business analyses related to the acquisition/disposition, financing, development, leasing and management of real estate assets. He is licensed to practice law before the Supreme Court of the United States of America, the U.S. Court of Appeals for the Third Circuit, the U.S. District Court for the Eastern District of Pennsylvania and the Supreme Court of Pennsylvania.

Greg is an active member of the Bucks County Bar Association, where he previously served multiple terms as Chairman of the Young Lawyers’ Division and on the Merit Selection of Judges Committee. He is also active with the International Council of Shopping Centers, Bucks County America Inn of Court and Pennsylvania Apartment Association. Greg was awarded the 2014 Corporate Counsel Award by the Philadelphia Busniess Journal.

Peter Clelland, P.E., as Vice-President of Development coordinates the disciplines of engineering, architecture and construction with tenant requirements, development goals and related legal matters to bring properties and projects from early inception through due diligence, design development, permitting and construction to their ultimate occupancy. He is a graduate of Drexel University with dual Bachelor Degrees in Architectural Engineering and Civil Engineering with over 25 years’ experience in designing and developing commercial and residential real estate projects.  Prior to joining BET, Peter was Senior Project Manager with Bohler Engineering, an engineering firm serving some of the largest retailers and retail developers working in the east coast market.  He is a member of the Urban Land Institute, the National Society of Professional Engineers, the International Council of Shopping Centers and several other related organizations.

As Executive Vice President for BET Investments, Scott Moore oversees the acquisitions, entitlements and development for its Arizona division. Prior to joining BET Investments in 2005, Scott was a member of the executive management team that created Standard Pacific Homes Arizona division. Scott has over 32 years of experience in zoning, acquisitions, private and municipal infrastructure development, and commercial, industrial and residential building. Scott is a former member of the Paradise Valley Board of Adjustments, the Town of Paradise Valley Hillside Building Committee and the Town of Paradise Valley Planning Commission and holds an Arizona Department of Real Estate license.

As former Vice Mayor, Scott has recently been elected to serve another four-year term as a Council Member for the Town of Paradise Valley. Scott is a member of the Homebuilders Association of Arizona, Urban Land Institute, American Planning Association, Arizona Planning Association and he has spent over a decade donating his time and resources in private and charitable organizations that council and help troubled teens.

Sharon Nelson has been in the commercial real estate industry since 1987 and is currently responsible for managing 2.6 million square feet of commercial and retail real estate in 9 states. Prior to joining BET Investments, Sharon was a Property Manager forEquity Office Properties Trust and Acorn Development Corporation. She holds a BA in Organizational Management and an MBA in Business Management. Sharon is a BOMA judge for the TOBY (The Office Building of the Year) awards, which recognize excellence in the office building industry.

Nancy has been in Residential Property Management since 1986.  She has been involved with virtually every aspect of the residential arena from managing existing communities to the lease up and management of multiple new construction projects.  She graduated from Nazareth Academy High School and continued her education at LaSalle University and Temple University.  She earned her Pennsylvania Real Estate License and achieved the highly regarded ARM designation with the Institute of Real Estate Management in 2001.  Nancy’s commitment to our residential customers as well as her residential team members is a testament to BET Investments philosophy of putting people first.

Dan received his Bachelor Degree in Finance, Marketing, and Management from the University of Delaware.  Prior to joining BET Investments, he worked for WP Realty in the Capital Transactions and Asset Management Department specializing in the acquisition, disposition, and financing of grocery-anchored shopping centers throughout the Northeastern United States.

As Director of Human Resources, Valerie Hurley provides support to the staff and management of BET Investments by offering guidance in all areas of Human Resources. She began her career in Human Resources working as a Senior Recruiter for an acute care hospital where she learned the complex nature of Human Resources. After taking on a more HR Generalist role at a national healthcare management company, Valerie discovered her passion for all aspects of Human Resources.  While there she provided support and guidance with employee engagement, employee relations, FMLA/ADAAA, talent acquisition, workforce development and process improvement.   Valerie is a graduate of Temple University with a Bachelor’s degree in Psychology.

Robyn has 22 years of experience working under the Information Technology umbrella. With a background in both web design / programming and network engineering Robyn brings a diverse set of skills to BET Investments. In addition to managing our internal networks, Robyn manages and implements new systems including security, software, telephony, and smart technology for our new construction projects, corporate office, and our satellite offices.

Robyn also handles all aspects of marketing from design to execution both digital and print.

In her personal time Robyn has helped run events to raise money for various historical landmarks. Robyn Developed and instructed a cost-free program that specialized in teaching basic computer skills to women who had recently re-entered the workforce after child-rearing.